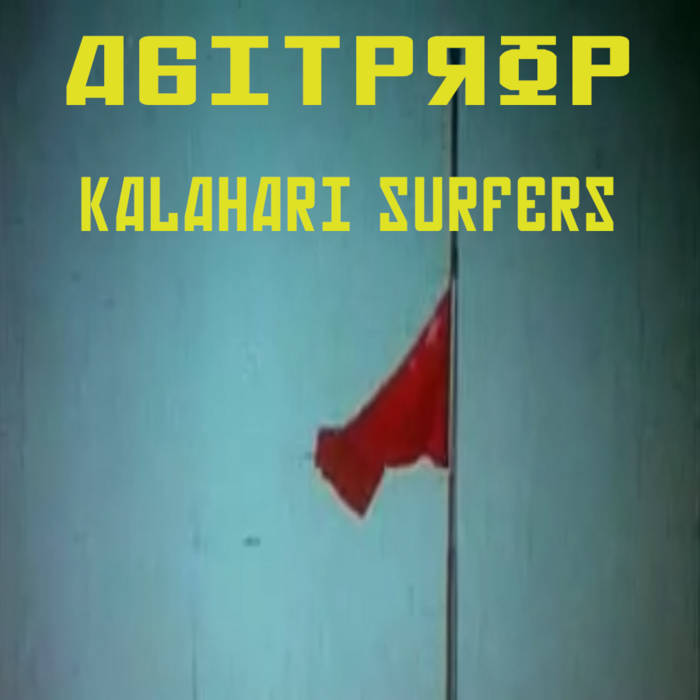 The term originated in Soviet Russia (the future USSR), as a shortened form of отдел агитации и пропаганды (otdel agitatsii i propagandy), i.e., Department for Agitation and Propaganda, which was part of the Central and regional committees of the Communist Party of the Soviet Union. The department was later renamed Ideological Department.
First Known Use: 1935
____________________________________________________
This album has been an attempt to integrate my earlier more political songwriting work with my dub inspired electronica of the 90’s and 2000’s. Its taken me a little over a year to complete these songs, most of which were written on the train traveling to and from the city of Cape Town where I compose at Milestone Studios. Inspiration and feelings coming straight from the mess of governance that has been precipitated by the palace coup of the communist Trojan Horses within our democratically elected government.
We used to joke in the 80’s about Comrade Dollar ( a well moneyed “communist” with expensive tastes) only to see this emerging well beyond anyone’s imagination.
I feel great unease for the future when I read in the ruling parties online magazine phrases like:
“The Ideological Third Force”, “this anti-majoritarian agenda” , “expose the liberal offensive” , “Cadre deployment and redeployment” .these are
terms which belong to another era …an era which I have eluded to with my choice of Soviet title and which I think we would do well to move away from. Of course, we can feel blessed that we didn't tread the Maoist path of Zimbabwe but that's another story.
Many of the tunes are personal vignettes from my book of dreams or life shaking experiences that have found their way into songs, which, as in real life, bump up against the political...but , in my opinion, everything is political.

"you may notice some technical inadequacies in some of my performances, a hesitant beat here, a dodgy note there ,these are, of course, entirely deliberate and reproduced as evidence of my almost painful sincerity." Robert Wyatt" Robert Wyatt

"The leaders will now enjoy the champagne, and of course they do so on your behalf through their lips." former Deputy President Kgalema Mothlanthle at the party's 100 year celebration
_____________________________
Interview with Lloyd Gedye - Mail&Gaurdian:
mg.co.za/article/2012-05-25-warwick-sony-surfing-the-zeitgeist